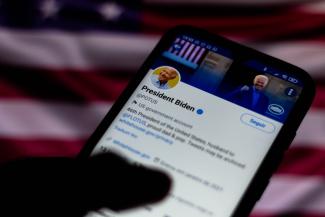 President Biden, along with Democrats in the House and Senate, want to eliminate the “stepped-up basis rule” for inherited property. This new strategy disproportionately impacts older Americans who have the majority of their wealth in their homes. If successful this will negatively impact millions of Americans.

Say instead Bill and Jen leave the house to their Children. The Children inherit the house, resulting in a cost basis equal to the fair market value of the property at the date of death – in this example, $250,000. If they sold the property for $250,000, there would be no capital gains tax because there is no gain as the cost basis was “stepped up” from $60,000 to $250,000.

Every American taxpayer enjoys the benefit of a “stepped-up basis” on inherited property. If it were repealed entirely, all gains on inherited property would be taxed at the capital gains rate. According to Gallup, as of 2017, 82% of Americans over age 65 owned their home. This is the highest rate of homeownership for any age group. Property is most often passed down to heirs. Given the ageing “baby boom” generation, it seems we’re due for an enormous wealth transfer in the years ahead, and the new President wants in on the action.